Home care can be defined as any kind of support that enables you to live comfortably and as independently as possible in your own home.

Through over 75 years experience in management and the caring fields, our professional management team has built a reputation for delivering a high quality service. This gives you the confidence that you are in responsible and capable hands. All our Personal Assistants have access to help and advice 24 hours a day, seven days a week. They are supported by fully qualified nursing staff and managers. Advanced Care hold the unprecedented accolade in that two of our senior management team hold a Registered Managers award. Advanced Care is a family business, with the best of both worlds ‘Old fashioned family values’ but also at the forefront of embracing new ideas and development which means we are continually evolving and implementing change before Government legislation deems it necessary. This we believe sets us aside from some other organisations.

Click here for Company Statement of purpose, ethos, and standards. 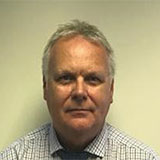 David has been involved in the arena of social care for 40 years. Having developed His career from that of a Registered Nurse working within the Health Service and Independent Provision and onwards to Manager of Home Care Services on behalf of Advanced Care Yorkshire.

David has contributed to Social Services Steering Groups in Northern England as well as representing the Independent Sector in the development of National Training Standards on behalf of National Care Organisations.

David was the inaugural winner of the Homecare Manager of the Year Award organised by the Caring Times, an accolade presented in recognition for the achievement of outstanding staff and organisational development. David has successfully guided organisations in the achievements of Investors in People accreditation as well as other benchmarking activities. 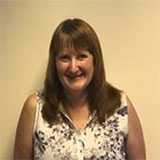 Sheena has over 40 years experience in the Health and Social Care industry spanning life as a carer, working in a variety of care and nursing environments, progressing to owning her own care company from 2000 to 2008, working as a Standards and training officer during that time.

This then dove tailed with a training Company teaching back to the Health Care sector which was extremely successful and taught all over the country for the largest Care provider in Britain at that point in time, this culminated in a win at the regional finals of the National training awards. From there Sheena ran a charity specialising in Learning disabilities then built a domiciliary care Company for an ex colleague, as that came to a conclusion Sheena, her father John and mother Anne built Advanced Care Yorkshire. Sheena holds a Registered Managers award.

Sheena manages Human Resources and is tasked with the on-going development of the training division. She brings a depth of caring and management skill to our strong team, is a hands on Manager and is well known to all the companies individuals, their families and Personal Assistants. Sheena has strong links with a variety of organisations from Local authorities, to Skills for Care our sector skills council, encompassing into work programs, Local colleges, jobs centres, and many local employers.

Sheena has sat as an ambassador for NHS, NTA National Training awards, and sat on a panel accrediting units and qualifications, she has also sat on a local learning disability organisation’s board.

Sheena was born in Harrogate moving to the East Riding at an early age. Inspired by her parents work ethics and her first experience of caring at 14, work experience combined her love of horses and children when she was sent to teach riding to disabled youngster’s, Sheena then did this voluntarily on an evening and weekend for the following couple of years, when her mum would look for her Sheena was either in the stables or exercising the family dogs (Irish Setters) of which she still owns and shows 2 to this day. Sheena has brought up a family of 5 single handed, and has grandchildren in which she has instilled her own work ethics, and is seen in the fact this is a family company.

Sheena has spent many years teaching both our Personal Assistants and external staff for a variety of other companies, using her experiences to enhance the courses and make them come alive, she is enthusiastic and dynamic in her approach, teaching theory, practical skills and knowledge, effortlessly crossing between the aspects to ensure full participation for all of the candidates in her classes ensuring no one gets the chance to be bored. All of her classes have the right mix of both seriousness and fun to ensure the students gain knowledge but also enjoy what they are learning.

John Wood has had vast experience of being a Managing Director for 40 years mainly within the computer industry working with some large organisations including International Harvester’s, Browns, Yorkshire Imperial Metals, NCR, Nord Systems, and PCMS. He has been responsible for working with and implementing some major Government contracts including Councils, The Police, The Ministry of Defence, Schools and Colleges, writing software and designing efficient and time saving programs, he has been involved in the Health and Social Care industry since 2000, and has had ownership of five companies, computer companies, a Domiciliary Care company and a training company training in Health and Social Care now leading Advanced Care Yorkshire into the future

John jointly fulfils the role of Company Secretary. John (who also doubles as Sheena’s dad) works on the business planning, also dealing with the Banks and the finance aspect of the business, for which he is a strong lead, co-ordinates the team and orchestrates Advanced Care Yorkshires continued growth and development. 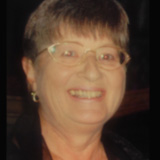 Anne is appointed as Manager of finance; (On her rare days off Anne also doubles as Sheena’s mum) Anne has an extensive background in Banking having worked with some large organisations including Yorkshire Bank heading up credit control and The Mercantile Credit company. In the early days Anne started her extensive career at British Aerospace/ Blackburn’s progressing on to work for International Harvester’s in Doncaster, then to Vickers instruments in York starting up companies for colleagues along the way. Anne is responsible for payroll and invoicing and is supported by Peter Clarke our company accountant/auditor & Liz Turpin who is our bookkeeper.

Our Pledge To You

We aim to give you

The company’s registered Manager registered with the CQC (Care Quality Commission). is Mr David Swinney who is a qualified Registered Nurse, David started out in healthcare and ran his own company’s and has now been with Advanced Care for a number of years

The Company’s joint Secretary is Mr. John Wood has a background in management for many years having run computer companies, a Domiciliary Care company and a training company training in Health and Social Care

Miss Sheena Kurring is the Nominated Individual registered with the CQC (Care Quality Commission). Sheena also manages Human Resources. She brings a depth of caring and management skill to our strong team, having operated as a Manager in the industry for many years, running companies in Domiciliary Care and training for the industry also a Learning disabilities Charity. Sheena has recently branched out and is now the Principal for the newly crowned Learning centre.

Mrs. Anne Wood, Anne is appointed as Manager of finance; Anne has an extensive background in Banking.

Between them the Senior Management team have completed over 75 years in management roles and over 35 years of practical caring.

The skills and qualifications of our Management team are continually being extended; currently our staff are undertaking the following courses.

They have already achieved

Advanced Care was started with the aim of providing support to enable people to maintain independence which then enables them to remain in their own homes.

We at Advanced Care believe in a flexible and professionally run service, which is tailored to individual needs.

We encourage our individuals to exercise their rights and choices as individual people and ensure they are afforded Dignity, respect, privacy and compassion at all times.

We also encourage the individuals and relatives to actively participate in all decision making relevant to their own personally tailored package of care.

Advanced Care continually monitor service provision to ensure quality of care. This is achieved by all individuals having an individualised Person Centre Support plan, which clearly documents and defines personal needs and preferences. We hold regular Service User reviews with the participation of all relevant multi Company workers, individuals, their families and friends so we can review Service User’s requirements and adjust the Person Centre Support plan and provision of services accordingly.

Our quality of service provision is also reviewed and audited on a regular basis.

Advanced Care aims to provide care and support for people who cannot wholly look after themselves. We provide our service in your own home, at times convenient to you, and in ways you find most agreeable. We have sound principles for the way we run our service. Central to these is our belief that the rights of individuals are paramount.

The aim of good quality domiciliary care must always be to promote a way of life for individuals which permits them to enjoy, to the greatest possible extent, their rights as individual human beings. The following rights are fundamental to our Company’s work.